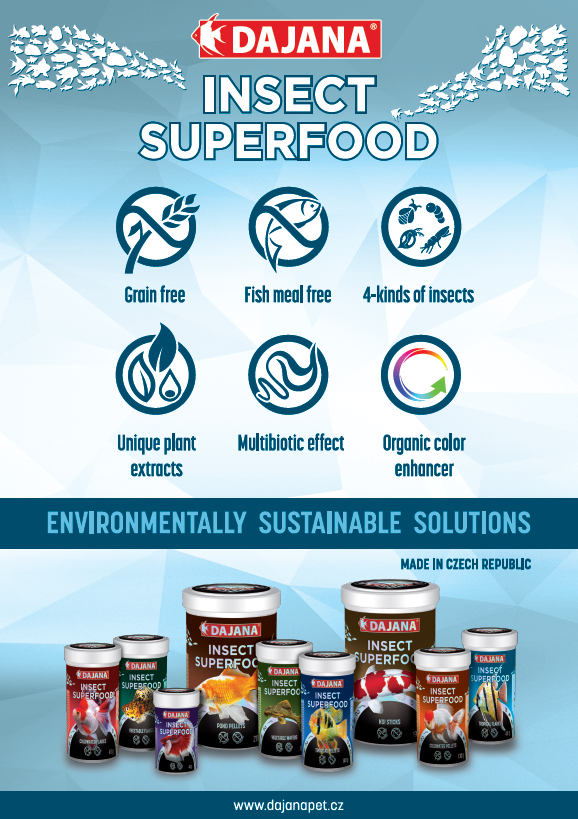 We are pleased to present a unique range of super premium INSECT SUPERFOOD fish feeds. These are recipes based on sustainable and renewable resources exclusively WITHOUT FISH MEAL, which, in addition to carefully selected four types of insects, contain high-quality ingredients, most of which have recently been considered “superfoods”. The MULTIBIOTIC effect of feeds is essential, which is ensured by carefully combined raw materials and additives that support the digestive system and significantly increase the amount of intestinal bacteria, probiotic bacteria that occur naturally in the digestive system.

GAFF FORMULA is our term used to collectively refer to Grain free and Fishmeal Free. This means that the feed is exclusively free of cereals and fishmeal.

Fishmeal used in fish feed is a product of global fishing, which has reached objectively unbearable levels in recent years. Industrial fishing and man-made farms have a huge impact on the environment in terms of pollution, damage to natural aquatic and coastal ecosystems, the spread of diseases and parasites and the gradual extinction of various species.

That is why we have decided to put our hand to the work and, by looking for alternative sources, we are trying to help combat the destruction of marine ecosystems.

This category of food includes the most concentrated and nutritionally rich natural ingredients in the world! The food in our new INSECT SUPERFOOD line is literally characterized by a miraculous natural force. They contain above-standard amounts of plant extracts, vitamins, minerals, antioxidants, enzymes, coenzymes, proteins, trace elements, essential fatty acids and other active substances. These components are known mainly for their ability to increase energy, vitality, strength, boost the immune system, increase the body’s resistance, detoxify the body and act preventively against disease.

are a natural source of food for fish and many other animals, including humans, and are a great source of protein and minerals such as iron, zinc and magnesium. It contains almost the same amount of protein as meat, but less fat and fewer calories. Insects contained in fish food support the function of the immune system. In addition, insects contain large amounts of chitin, which is a fantastic source of insoluble fiber. Chitin fiber as a prebiotic effectively supports the intestinal microflora. This means that it helps the growth of good bacteria in the digestive system. 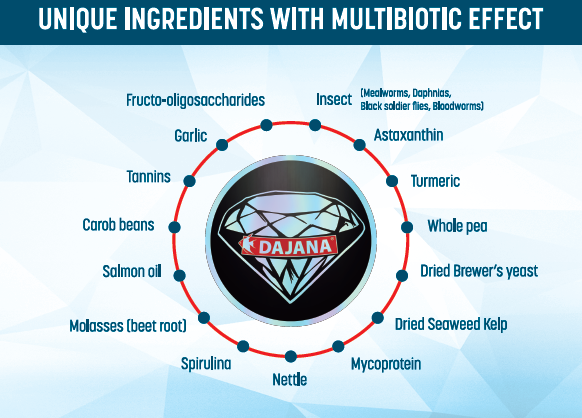 Have you ever wondered, how it would be like to create your own feed...

One of the first things people think of when they say “natural...

Soft texture, a high proportion of insect, herring and mycoprotein proteins – these are...

Guppies are one of the most distinctive coloured fish despite their size. For...

NANO STICKS – not only for nano aquarium

Freshwater shrimps have been bred in a variety of colors over time.  Probably even...

The betta fish can be real jewel in aquarium .If you want it to...

AQUARIUM PLANS FERTILIZER WITH A STRONG EFFECT AGAINST THE ALGAES. Product which helps your plants...

The way to the roots of fish nutrition in the wild…

Salt Over Gold, Or – What Is the “SALT BALSAM”?

This site uses Akismet to reduce spam. Learn how your comment data is processed.