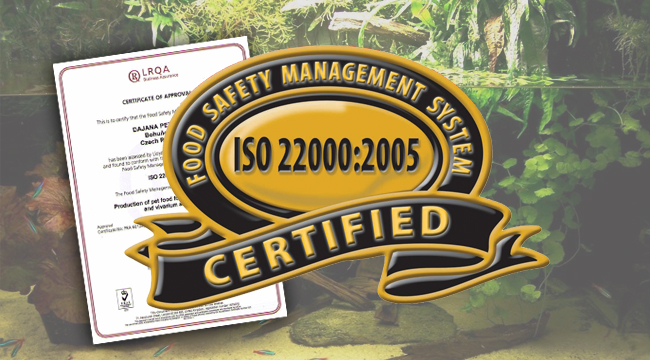 On 8 August 2011, we have obtained the Food Safety Management System Certificate that guarantees the highest level of quality and safety of the feed, which, however, has been our priority since the very beginnings of the company. 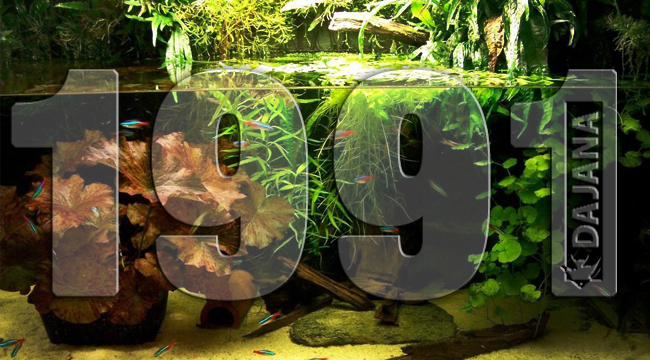 Jana and Karel Maton decided to make their dream come true, and for more than 25 years now, they have operated a business that supplies feed to the aquarists worldwide.

At present, our products, including those sold under corporate brands, can be found in almost 50 countries on 5 continents.

The whole family is sitting at a large table, laughing, shouting one over another. A mixture of pleasant smells emanates from the kitchen, causing all mouths to water. Suddenly all quiets down and everyone’s eyes light up. Jana Matonová, a wife/mother/granny/mother-in-law, serves roast duck with cabbage. For several minutes, the house is full of nothing but silent smacking of lips. After a while, the family starts chatting about the oldest grandson’s school accomplishments and how the youngest one likes the kindergarten; what are the plans for the weekend and how the peach harvest goes this year. Business comes into question in the meantime, as a natural part of the agenda. The business of DAJANA PET, a company that currently exports aquarium fish feed to almost 50 countries. And how did it all begin?

At 26, Jana had a loving husband, two happy children and safe work as a university official. But she also had a big dream. She wanted to run a successful business and travel the world doing a job she likes. One day she decided to make her secret wish come true. Jana loved animals, so it was clear which way she would go. And what do animals need the most? Feed.

At the very beginning, it was necessary to find suitable premises and buy machinery, which meant a large investment. But Jana trusted her idea and decided to mortgage the family house. A big risk, but it cemented the family even more. Jana was sending the first products by post to various retail stores and pet shops all over the Czech Republic. She transported them by a push-cart. And with a smile on her face.

The company began to thrive and Jana was joined by her husband, Karel. He focused primarily on technologies, refining the formulas and visual identity of the brand. After two years, the Matons bought part of the local agricultural cooperative and began pondering expansion to foreign markets. But none of them spoke English. Even though they employed a translator at the beginning, they soon realised that direct contact with the customers is crucial and they started to study the language, taking private lessons and learning the vocabulary and grammar in the evenings. Their car for the business trips was an old Škoda 120, which not only served as a means of transport but also as a hotel. They slept in the car, had rolls with cheap paté for dinner, and instead of whirlpool bath in a fancy hotel, they had a water can in the boot of the car. They smile when telling these stories today, never regretting a single moment spent in the “field” conditions. This surely was more fun than staying in a luxurious hotel.

The company prospered, the Matons delighted in every small success, and soon the whole company watched with pleasure and satisfaction as the first truck full of their goods was heading to Europe. The relations within the company have been excellent because the Matons have promoted personal and friendly approach from the start. Satisfaction of their employees has always been important for them and they tighten the relationships at various events several times a year.

Their children, Lukáš and Lucie, took interest in the business when they grew up and gradually took over a large part of the responsibilities and duties. Jana was finally able to fulfil another dream – travelling. She travels the world with Karel, discovering it and enjoying all the beauties. They are both passionate photographers and they love to share their experiences, for instance, at exhibitions of their pictures. They became fascinated by Africa, where they return regularly for photographic expeditions. They also support various environmental organisations, ornithology events, etc.

The new generation takes good care of the company, and another member was added to the well-coordinated management team a few years ago – Tomáš Caizl, Lucie’s husband. The younger part of the team innovates the technologies and proposes new ideas, but the parents always have the last word. The Matons have handed the administration of the company over to their children, but they still take all the important decisions. As they say, the company is their third child, and you have to take care of your children all your life. The company keeps expanding, and we shall see how the grandchildren – Martin, Michal, Karel and David – will treat it twenty years from today.

They are small now but they all love nature, growing up among aquariums – an ideal background for the successors.